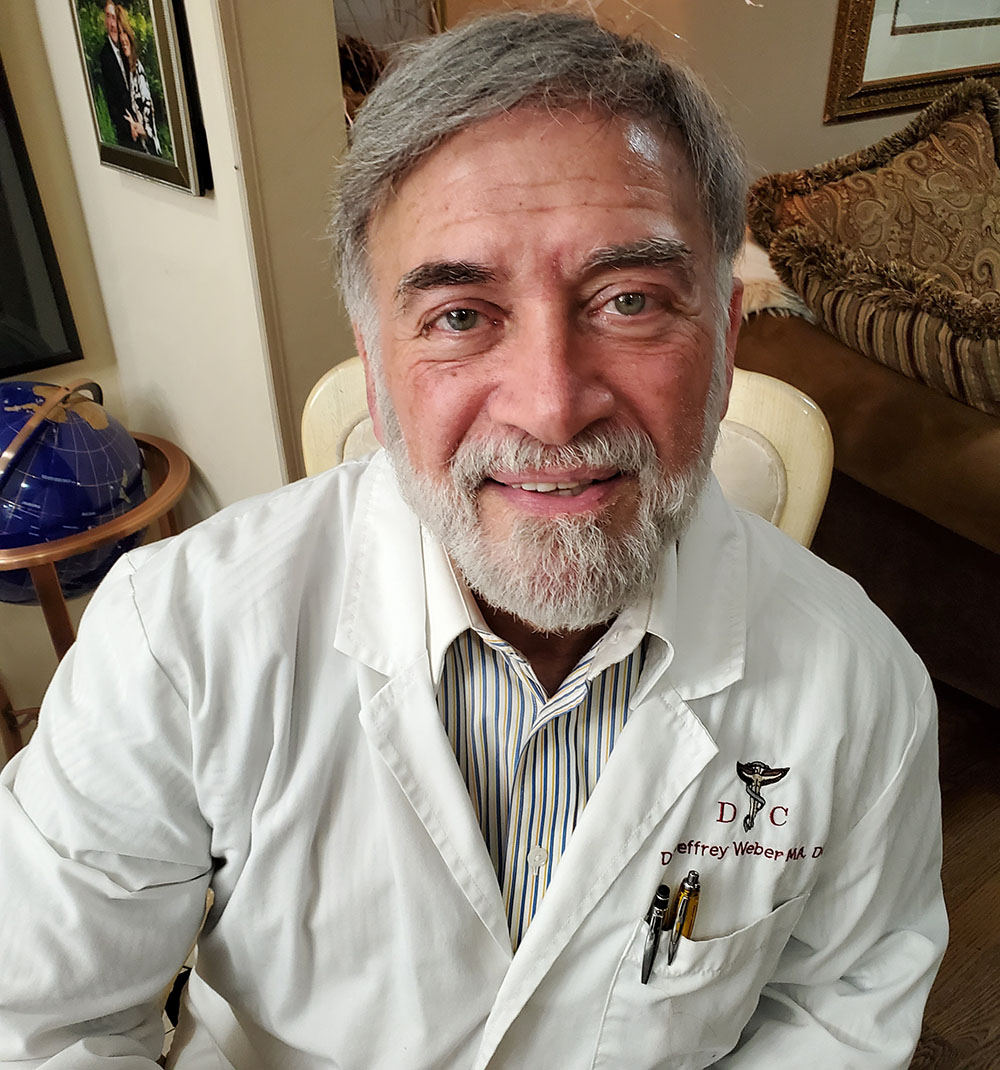 Dr. Jeffrey E. Weber has been serving the Brooklyn community for 40 years. He is past president of the Kings County Chiropractic Association and past vice president of the Association of Orthodox Jewish Chiropractors. Dr. Weber was selected to AMERICA'S TOP CHIROPRACTORS in 2007 and 2008 by the Consumers' Research Council of America, Washington D. C.

Dr. Weber was elected to the Board of Directors of the New York State Chiropractic Association for 4 years and was appointed to the New York State Department of Health as Vice Chairman of the Medical Records Review Committee. He was awarded his Doctor of Chiropractic from the New York Chiropractic College and his Masters Degree from Columbia University. Dr. Weber has lectured at Brooklyn College’s graduate Nutrition program and was asked to lecture Grand Rounds for the department of Obstetrics/ Gynecology at Maimonides Medical Center. He has also lectured at the Downstate Medical Center’s Family Practice program on Alternative Healthcare.

Dr. Weber is certified and board- eligible in Applied Kinesiology. He received his specialty status in Nutrition as a Diplomate in 1985 and was one of 18 doctors in the country to be conferred as a Fellow by the American Chiropractic College of Nutrition in 1999. Dr. Weber has published articles pertaining to the treatment of Temporomandibular (TMJ) dysfunction and ulcerative colitis.

On April 2003 Dr. Weber was elected President to the Council on Nutrition for the American Chiropractic Association. As a Board Certified Nutritionist he has treated adults and children with allergies, upper respiratory and asthmatic conditions, chronic gastrointestinal problems, musculoskeletal conditions as well as complaints associated with nutritional and dietary problems.

His office is located at 2037 Ocean Avenue between Avenue O and Avenue P, one-half block from Kings Highway.