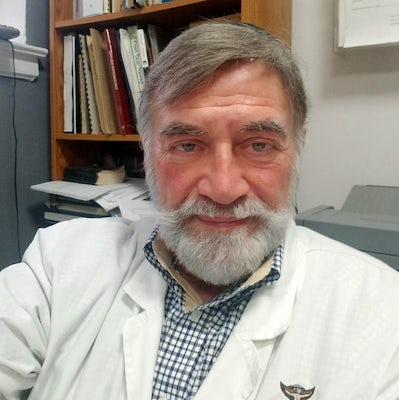 Dr. Jeffrey E. Weber has been serving the Brooklyn community for 40 years. He is past president of the Kings County Chiropractic Association and past vice president of the Association of Orthodox Jewish Chiropractors. Dr. Weber was selected to AMERICA'S TOP CHIROPRACTORS in 2007 and 2008 by the Consumers' Research Council of America, Washington D. C.

Dr. Weber was elected to the Board of Directors of the New York State Chiropractic Association for 4 years and was appointed to the New York State Department of Health as Vice Chairman of the Medical Records Review Committee. He was awarded his Doctor of Chiropractic from the New York Chiropractic College and his Masters Degree from Columbia University. Dr. Weber has lectured at Brooklyn College’s graduate Nutrition program and was asked to lecture Grand Rounds for the department of Obstetrics/ Gynecology at Maimonides Medical Center. He has also lectured at the Downstate Medical Center’s Family Practice program on Alternative Healthcare.

Dr. Weber is certified and board- eligible in Applied Kinesiology. He received his specialty status in Nutrition as a Diplomate in 1985 and was one of 18 doctors in the country to be conferred as a Fellow by the American Chiropractic College of Nutrition in 1999. Dr. Weber has published articles pertaining to the treatment of Temporomandibular (TMJ) dysfunction and ulcerative colitis.

On April 2003 Dr. Weber was elected President to the Council on Nutrition for the American Chiropractic Association. As a Board Certified Nutritionist he has treated adults and children with allergies, upper respiratory and asthmatic conditions, chronic gastrointestinal problems, musculoskeletal conditions as well as complaints associated with nutritional and dietary problems.

His office is located at 2037 Ocean Avenue between Avenue O and Avenue P, one-half block from Kings Highway.

I had been suffering from back ,leg and foot pain for more than a year. I was crippled by the pain. I had to accept that there were a lot of things I could not do because of my disability. Dr Weber helped me in just a few visits. He noticed other problems that affected my health and treated those. However it is clear that the scope of his professional knowledge and expertise goes far beyond one may nowadays expect from a member of his profession. I feel like a new person now.

I have been a patient by Doctor Weber for several years. I can honestly say I feel like a new person because of him. I have been going to doctors telling me what I have without being able to find proper solutions. He really spends time listing to what you have to say, and is familiar with all parts of the body. He will recommend the best method he sees fit per each situation as they come.

Recently someone mentioned Dr. Weber to me, I figured I ll give it a try. By now I have invested thousands of dollars and countless hours into my recovery. Within a few short weeks I was seeing significant improvement. May Dr. Weber be blessed with a long life in good health!!

I was very skeptical about coming yet another chiropractor. So far I am impressed. The doctor listens thoroughly, and besides performing adjustments, offers advice on your overall holistic health. Has a huge array of better natural vitamins. And the front desk girl ( Yvonne is great) so far i am very pleased with the overall quality of service. This is my 5th visit.

Amazing Doctor and great office! I was referred to this doctor by my therapist and it was best decision ever. I have had a neck pains for over a year and lower back pain for many years, wasn't even hoping to get better. Dr. Weber made me believe that I could be pain free. After every visit I feel like I have grown a pair of wings, life without pain feels like flying. It will take a while for me to get better, but Dr. Weber is definitely the one Doctor that will make me feel like a healthy and happy individual.

I just want to say that I was in so much pain...I mean pain! Legs hurting, back hurting, neck hurting. I had a herniated disc, went to many doctors and they just gave me pills to stop the pain...something that I do not take. So, I made an appointment with this doctor and I show him my X-ray. He has been working on me for about 5 years or more. I have no pain, maybe a little here and there, but not like I had before! He is a excellent! He is good at what he does! Be patient!