Chiropractic Safe and Effective for Back Pain During Pregnancy

In this report, the authors studied 17 women with low back pain lasting an average of 21.7 days. The intensity of the back pain was 5.9 on a 1-10 scale, and the onset of pain occurred at 20.6 weeks into the pregnancy.

Each study participant was treated according to the particular symptoms that the patient was experiencing. The authors reported the following:

Low back pain during pregnancy may not seem like a serious problem, but it can have adverse affects on the woman’s health, as the authors explain:

“In most instances, the average pain level is moderate, but severe pain has been reported in 15% of cases. Pain intensity often increases with duration and can result in significant disability. Sleep disturbances have been reported by 49% to 58% of women and impaired daily living by 57% in women with low back pain of pregnancy.

This study shows that chiropractic effectively reduced pain from low back pain during pregnancy, without any adverse effects. 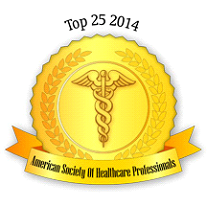